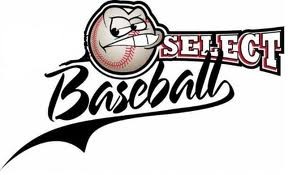 Players may also try out for a Select Team, in addition to playing on a weekday House League team.

Select Teams are designed to encourage players with more consistent and competitive skills to be grouped together.  Skills, baseball knowledge, and competitive development for players are enhanced through the Select or ‘A’ level programs.

Tryout sessions will be posted on the website.  Players must be registered in a WHBL House League program before they can be accepted on a Select Team.

WHBL typically has a Select Team in each of the Rookie Ball, Mosquito, Peewee, Bantam and Midget divisions.  All WHBL Select Teams are known as the Blue Hawks.  Our Select teams play in the Toronto Baseball Association (TBA) East loop on Sunday nights.  In addition to the Sunday loop games, our teams participate in weekend tournaments across Ontario.  Select baseball requires earlier and more extensive planning by the League and its coaches, and a commitment to the team and season by the players.

There will be approximately 25 games during the season (including tournament games).

League Play:  WHBL plays in the Toronto Baseball Association (TBA) East loop on Sunday nights.  Games generally start at 6:30 pm, but could start earlier if a double-header is being played.  Players are also expected to attend practices arranged by the coach.

Tournaments:  The WHBL Select fee includes participation in 3 tournaments (June - August) with the possibility of additional tournaments for an extra cost.  In addition, there will be the TBA East playoffs in August, and the Labour Day Provincials if the team qualifies.

Time Commitment:  In addition to the Sunday night loop games and at least three weekend tournaments, there will likely be weekly practices.  This is in addition to House League games two nights per week.

In summary, players will need to commit to Sunday night loop games and five weekends over the summer: three tournaments, TBA East playoffs in August, and the Labour Day Provincials if the team qualifies.