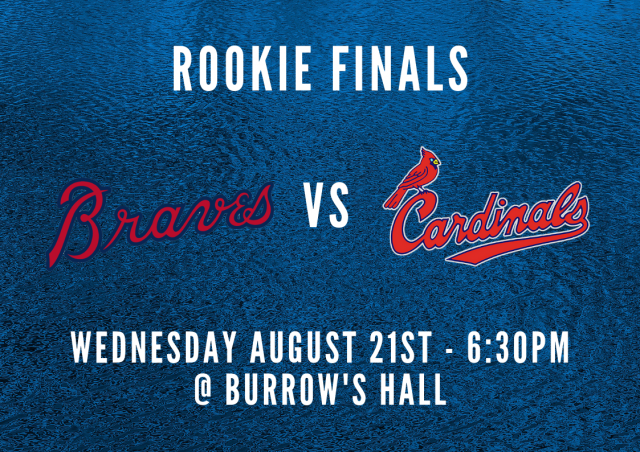 Congratulations to the Rookie Braves and Rookie Cardinals for advancing to our House League Finals.

The Final will be played Wednesday August 21st at Burrow’s Hall for 6:30pm.

Please note that we will follow the same regular season rules with some modifications.

Good luck to both teams!